Are you the Devil's Monkey? 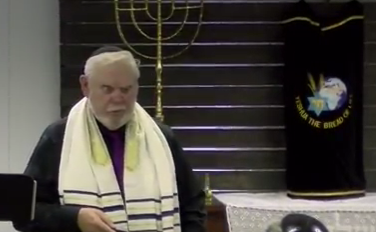 The Parashat "Korach" is one of the best examples of what can happen when a leadership that God placed in charge is attacked. What people do not understand is that it is not the man that being attacked, but God's authority. It was my honor to teach on this Parashat on Saturday, June 24, 2017. It was recorded and placed on You Tube. Here is that teaching. If you want, watch it. It is 49 minutes long but it will give you the information you need to answer the question given in this teaching.

If you have watched it, you now have the background for the question. Remember the information about the trap?  It consists of four items. To make a good trap work, it needs to:

1) Make it easy for the prey to get in, hard to get out

2) Give it an attractive bait. For the believer, a "Right Standing with God" is the most common bait. The second is "Offense."

3) Create a fast way for the trap to close. Once in the trap, the more the prey struggles, the more tired and trapped it becomes.

4) The trap has to "fit" the prey to catch it. You would not use a mousetrap to catch a elephent.

Why?  The more you know about the prey, the more effective the trap can be devised.

In the teaching, I was speaking from experience. How? As an EX-Atheist, I almost walked into this trap twice. I experienced two congregations coming apart. In the first congregation, Satan used the bait: "Right Standing with God". In the second congregation he used "Offense."  It almost made me reject the grace that God gave this EX--Atheist, but He would not allow that to happen. He placed a very good friend - Fred - in my path. Fred was able to "open the trap," allowing me to escape and move towards the anointing that is on my life.

There is a question at the end of the teaching that everyone needs to answer. If you choose not to answer, you have already made your choice.

Are you God's Priest and Servant or are you the "Devil's Monkey?"

Tweet
More in this category: « The Book is Done! The DOD (Department of Defense) Prayer Breakfast »
back to top