The Book is Done! 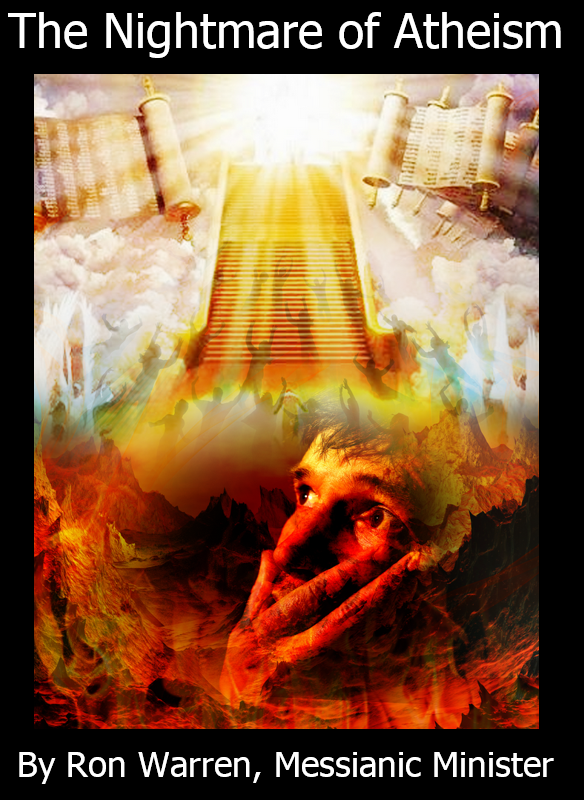 On Tuesday of this week I presented the book to the publishers. This book, "The Atheist’s Nightmare", has been in writing for over a year. It is now being set up for editing. (I bet you didn’t think it would happen.)

Before this book was sent to the publishers, I had it reviewed by a man named Mark Goldstein. He is the president of the Christian Chamber of Commerce in Orlando. He read the contents and gave me a few ideas (seven) for improvement on the book. They were very good, and I put them into practice.

This is the difference between the two books.

The title has been changed from "The Atheist’s Nightmare" to "The Nightmare of Atheism." I believe this is a better title. He also suggested that because of the contents, I should put my testimony at the beginning of the book. I also thought that this was a good idea and I did it. I also placed the "Four Killer Questions" at the very beginning instead of the end of the book. This idea lays the foundation for the book itself. There was a good chance that the editors would have wanted to make the same changes.

As an EX-atheist, this was a very hard book for me to write. It could be the reason why it took so long for me to do it. It brought back to my mind my past and the pain that I did to the body of the Messiah. It is my prayer that if this book causes one atheist to change directions, it will be worth the time and the cost.

This book is going to increase the faith of the believer. With the "Four Killer Questions," he/she can challenge the faith of the atheist. Why? Contrary to popular thinking, atheism is not a science, it is a religion. I will back-up this statement in my next blog.

According to the publishers, depending on the time of the editing the book itself should be finished with a publish date right before Easter. I will, in this blog, present individual contents of the book. The contents over the next two months will cover parts of the atheist five battlegrounds.
These five battlegrounds are:

Until the book is published, you will receive quotes from this book. It is my prayer that these blogs teaches, challenges, and uplifts your spirit.

Comodo SSL
We use cookies to ensure that we give you the best experience on our website.
I accept