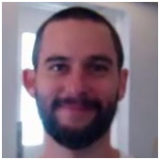 My Testimony
by Steven Misic

I'd like to begin by saying that it is my preference to use the names Yahweh and Yeshua when referring to God and Jesus. I believe that these are the proper names respectfully and thus more personal. With that in mind – I am a follower of Yeshua. I tried to emulate him as much as I can. I also try to follow the direction of the first century assembly, as I believe they were much closer to the truth than what we see today.

I was born May 27, 1979 at Paul Kimbal Hospital in New Jersey. I was only 14 months old when my family and I moved into our new home. There was a pool in the backyard. Somehow I managed to wander outside and climb into the pool. I drowned. By the time my mom found me and my dad was able to pull me out. I was dead. In tears, my family pleaded for my life. Yahweh heard their cries. The doctors couldn't believe it. They said I be slow, but the Almighty doesn't do half miracles. I was whole. Abba Yahweh had a plan for me and that was just the beginning.

Growing up, I was very rebellious. Not only to Yah but to my parents and anyone else who tried telling me what to do. Before the age of 10, I had set fires, stolen, smoked cigarettes, lied, and who knows what else. By the age of 18, my behavior had exalted to drugs, sex, drinking, and numerous criminal activities. At the age of 20 I have made a career out of selling drugs, carrying guns, robbing people, and being dishonest. I kept a job and played the innocent role, but you can’t fool the Almighty. At that time I didn't care who I hurt. I did whatever I wanted. I got arrested the first time for dealing in stolen property and grand theft. I served some County jail time and got some probation. None of that mattered because I was right back to the same evils. People around me always told me I was crazy. I wasn't crazy – I just served the wrong master, and I was 100% dedicated to him.During one of my criminal episodes I was in a standoff with about 20 police officers. I made a very narrow escape which only made things worse. By the age of 21 I have been arrested more than 15 times.

In between all of my criminal activities I was jumping from girl to girl. I treated them poorly to say the very least. I was selfish and had no regard for their feelings. I lied, cheated, and manipulated. I was evil all the way around.
At the young age of 23 I had two kids with two different girls. One of them did not even acknowledge me as the father. The other one somehow found a way through my armor. When I finally decided to settle down and start beginning a family my entire world came crashing down around me. The word says – whatever a man sows that he shall also reap. It was time for me to reap all that I had sewn.

My son got hurt when he was about 4 1/2 months old. We took him to the hospital to get checked out, and because of his age and injury, DCF got involved. Out of all the illegal activities and drugs I have been involved with I was finally caught up in something I couldn't get out of. The mother of my son was 16 when she gave birth. Even though we got married, she still gave birth underage. Because of my lengthy criminal record, I was looking at a minimum of 9 1/2 years the maximum was 20 (I received 16).

I bonded out of jail and started back using drugs heavily. My wife was now cheating on me and just like that the tables had turned. I thought Xanax would help me forget everything, but it didn't. I even contemplated suicide at one point. Finally one night I decided to just move to Europe. I had family over there in three countries. I was there for about a year and a half. I found out that my wife was doing really bad, and I missed both her and my son. I decided to risk going home to help out.

November 19, 2005, I was arrested at JFK airport and my life of incarceration had begun. I spent many years blaming others for my crimes. I hated everyone around me. I wanted revenge on the judge as well as the prosecutor. I wanted to hurt them. I started seeking peace through different religions. Nothing worked. I was still angry. I was still thinking like a criminal. I even tried expressing myself to tattoos. I was wrong on every turn. I was trying to do something that only Yah could do. I was trying to save myself. I was always confused by something. I also had feelings buried deep down. Good feelings. I had this kind, loving, gentle side. But I did not allow it to his surface very often. Something always told me to push it down. There were always times in my life when things happen that I couldn't explain. Many times I should've been dead. I can't even write about all of the times. I drove around high are drunk, falling asleep at the wheel, nearly misses, guns, strong arm robbery…

How did I make it out every time in one piece? (I always ask myself that question but I could not never answer it). Now – because of the grace of the Almighty I can Yahweh had a plan for me and he just was waiting for the perfect time. I had to be tired of what I was doing. Yah kept giving me signs to follow, but I wasn't ready. He spoke to me but I wouldn't listen. I didn't want truth. But one day his voice got louder. I started listening. He began to place people in my life that kept giving me different pieces to the same puzzle. When I started to see the picture I got excited I knew that what I felt was different than anything else I felt before. It was real. I felt peace in my heart. I was able to be the kind, gentle, loving person. I felt good. Yah's word brought new meaning to my life. Yah completely turned my life around. He did what I could not.

I still go through struggles. I still war with the flesh. But now I have the sanctifying power of the Holy Spirit to help me win the war every time. Praise Yahweh for that. I am far from perfect, but by the grace Yah – I am when I am! I know there is nothing I can do to merit Yah's grace. I don't know why he chose me, but I do know that because he has done so much for me – I will do everything I can according to the patterns he has set down for us in Scripture. He called us to be holy as he is holy, and he told us how to do it. On our own strength, we could not do it. And that is why he gave us a helper. Do not settle for the once-a-week church gathering. Do not settle for an outward religion. Go for the inside relationship. Study his word from Genesis to Revelation. When you read a book do you start at the middle at are at the end and then go backwards? No! You start at the beginning. That way you can understand the terms and a way of thinking. You can see the history, and know the importance of certain events.

Find out what it means to be grafted in. Start slow. Don't try to learn too much too fast. The entire Bible depends on this: Yeshua is the son of Yahweh. He became a man to live among us. To fulfill the Torah. He taught us how to repair our relationship with the father through him. He was rejected, persecuted, spit upon, and crucified. He bore the full wrath of Yahweh for our sins. He was dead, buried, and in the grave for three days and three nights. Then he rose from the dead. (Praise Yahweh) now he sits at the right hand of the Father. He will come again and establish his kingdom. Everyone has sinned and needs a Savior. Sin is “missing the mark”. The mark is the Torah. The Torah is Yeshua – the Living Word.

Yah's work in me is far from over. If Yah could raise me from the dead, bring me out from the darkness, and deliver me for from the hand of the evil one – he can do the same for you. No matter what your situation or circumstances – he can save you. Yeshua is salvation. He can bring you true Shalom! (Peace). Believe in your heart and confess with your mouth. I am a living testimony to the power of the Almighty, and I will proclaim his truth and greatness to the ends of the earth. I encourage you to do the same. May the grace of Yeshua the Messiah and the love of Yahweh, and the communion of the Holy Spirit be with you all. Amen.

Your brother in Yeshua,
Stephen Misic