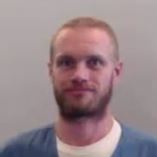 My Testimony
by Michael Cheek

"I can do all things through the Messiah who strengthens me"

I was only four years old when I was sexually molested by a neighbor. When I was 6 years old, I came home from school to discover my grandpa and my mom packing a U – Haul truck. My dad was in the back of a police car. I don't remember all of the details. Afterwards, we bounced around from relative to relative until we got on our feet and lived in a trailer.

Sometimes later, my mom and her boyfriend took us 4 kids to do Dunellen Food Lion. On the way back, they stopped off in Chatmire to buy crack. I watch my mom get arrested, and then booked in jail. My aunt from Levy County came to take us home with her. We stayed with her for a little while until my grandparents came and got us. Sometimes I wish that I could have stayed with my aunt.

My grandparents would take us to see our mom. On the weekends, the other kids and I we go see their dad (David Smith) and go out to see a movie, or play in the park. But one day, he came and only took my half-brother (Jeff) and my two half-sisters (Crystal and Ashley) with him. I said, "Daddy, why can't I come too?" He replied, “You are not my son – now go back inside." Then he drove away. He got custody of the other children.

When my mom got out of prison, she got her life straight but was still looking for love. Eventually, she met the man whom I call, "Father" (Spencer Groom).
While I was in the Boy Scouts, I asked "What is molestation?" After they explained, I told them about the incident with my neighbor when I was 4 years old.
Because it involved both me and my sister, my 1st step – dad (David) had to return to Citrus County.

In a way, it was a blessing because they moved from St. Petersburg back to the house where grandpa and my mom packed the U-Haul. I went to their house every weekend, and attended church every Sunday.

One Sunday, the pastor was preaching about the woman who was caught in adultery and brought before Jesus. Jesus said that he who was without sin should cast the first stone at her. (John 8:1 –11).

After the service, we were in the fellowship hall and I heard talk about my mother. They called her a "crack whore". I said to them, "Didn't we just listen to a sermon on this from the pastor?" Then I walked out.

At 19, I joined the Army National Guard. I lived with my fiancée and her mother. My fiancée and I partied a lot until she encouraged me to go on active duty.
I chose to go to Kansas instead of Germany. We got married in Florida. But while I was in Fort Riley, I cheated on her multiple times. I was finally kicked out of the Army for "Patterns of Misconduct". I opted to stay in Kansas instead of being shipped home.

I partied hard in Kansas. One day a pastor saw me sleeping in my car and invited me to stay with him. Sometime afterwards, I got a call from home that my mom was not expected to make it. The pastor eventually convinced me to go home. I got back together with my now ex-wife. My mom died the following February 12, 2008.

I drank even heavier, cheated more on my wife and she left me. I started getting locked up for stealing gas. My 29-year-old girlfriend told me that she had sex with someone else.

So I went online and found an 18 year old and had sex with her. Later on, I discovered that she was only 15 and that is why I am serving 10 years.

While I was in Citrus County jail, 6 guys beat me up and I ended up in a "Protection Control Pod" for sexual offenders. While I was bleeding on my mat, a guy named Dale came to me. He was 6ft. 5 and strong.

I thought I was in trouble until he told me that he had a dream. He dreamt that I lost a lot of loved ones and blamed God. Then he said that Jesus was waiting for me to repent and believe. So, I did. Dale was my mentor for two months. He was found innocent and released.

In prison I got involved with Sexual Addicts Anonymous and a Messianic community. I learned that God's name is Yahweh and that his son's name is Yeshua. I have messed with drugs, alcohol, homosexuality and the occult, but have been set free to Messiah Yeshua (Jesus Christ)

On October 28, 2016, I was to give a sermon in my bible college and for my final grade my preacher/teacher told me to be conversational. I did. I started off having the class turn East, and prayed and welcomed in the Shabbat.

I then asked all who knew the Shema to say it with me. It felt weird to lead the men. I read Leviticus 25. I told them that we will be free - not just physical, but mental. I also told them that the ending is told by the beginning. I then taught, or read, from the Wycliff dictionary on “Lord”. I read Jeremiah 16:19, and Jeremiah 23:26 to – 27.