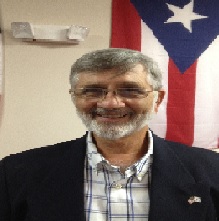 John Grady's first visit to a prison was to visit a friend's son in 2010. It was there G-D show him that HIS sons have a soul that needs to be connected to their creator. The prison where he was visiting was mostly "lifers"- in prison for life. You could call them the "forgotten people." He saw a change knowing the man's past, radiated out of the man. John could visually see how G-D can change people.

John was move by G-D, and volunteered to move into a rehab in 2003 in Orlando. It is there where he learned to minister to these men. He lived in the complex of buildings with these men in the same dorms as they did, and no special privileges for nine months with 35 of these men.

Having never done drugs or alcohol, it opened John's eyes up as G-D would see them. His heart was touched by Adonai for HIS sons.  This truly changed John's way of thinking. He saw these men as people who have bad mistakes but are forgiven by Adonai when these men repented of their sins.

We welcome John Grady to our staff