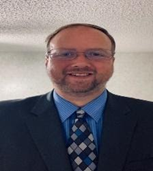 Pastor Mordecai became involved in prison ministry the hard way, from inside prison. He was involved in ministry for over 20 years before everything in his life fell apart. Pastor Mordecai served as a Children’s Pastor (1995-2003), Christian School Teacher (1993-2008), Athletic Director (1994-2008), Sunday School Teacher and Trainer, and Principal /Dean of Students (2003-2008). He was licensed as a pastor in 1999 and ordained into the ministry in 2009. In 2011, everything changed. He ended up in the one place neither he nor anyone else expected prison.

The journey toward the Messianic Judaism began in earnest when he was given a set of books on the history of the Jews in Europe leading up to WWII. His interest was piqued and his desire to learn about the Jewish people and language was now in full swing. While in prison, Pastor Mordecai tried to stay in the background, but HaShem had other plans.

Everywhere he went, he was thrust by Adonai into ministry. He taught Bible studies, led prayer groups and stayed faithful to his Lord and Savior. While in prison, he was introduced to the Messianic Movement when he was offered the opportunity to learn Hebrew by a group of Messianic believers who had been watching him and his testimony. He soon became a leader in the Messianic group. He was then moved to another facility where he joined with the Messianic group and met Ron Warren and John Grady.

Mordecai served as a leader in the Messianic group and also was involved in Celebrate Recovery and the Horizon Communities in Prison and Faith/Character based reentry program. As Mordecai’s release date drew near, Ron invited Mordecai to join him at Yeshua Bread of Life. Since his release, he has gone through his Bar Mitzva to make him a true Son of the Covenant.
Mordecai’s passion for prison ministry is derived from his own experiences and a seed planted by HaShem to serve the men and women in prison who are truly seeking to have a relationship with Adonai and be ambassadors to the other men and women in prison who are seeking the Truth of God’s Word. He has seen the best and the worst in people both in the free world and prison. He desires to ensure that all who wish to love and serve Adonai have every tool and opportunity they need to achieve that goal.